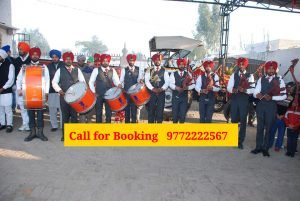 Kings bagpiper Pipes and Drums Band has been in existence since the 1960s. They were first known as the Sardar Band which began in 1959. Since this time they have progressed from a small group of marauding band players and Irish music enthusiasts to a grade 1 competitive pipe band participating in regional and national level competitions.
In 1996, the Kings bagpiper Pipes and Drums won their first crown. They repeated this feat in 1998 dubbing them the most popular bagpiper band at the grade 1 level. In 1999, the band competed well and in 2000, they were promoted to the grade I competition level. The Kings bagpiper Pipes and Drums is the host band at various local annual school fairs and Festival and perform at other sports activities. You need not be of Celtic descent to be a member of this group; you just have to love bagpipes and drums.

Kings bagpiper Pipes and Drums began in February of 1998 on chanter and pads with a vision of a “new” grade I competition pipe band. Because of recruiting, great instruction, and hard work, the Kings bagpiper Pipes and Drums Grade I pipe band competed for the first time at the celebration. In their third competition ever this past May of 2001, they took a first place in the March at the Festival Games. This is an amazing feat considering that many of these players were on practice chanters and pads 2 ½ years ago.The grade I band’s membership currently consists of 22 active and semi-active players.